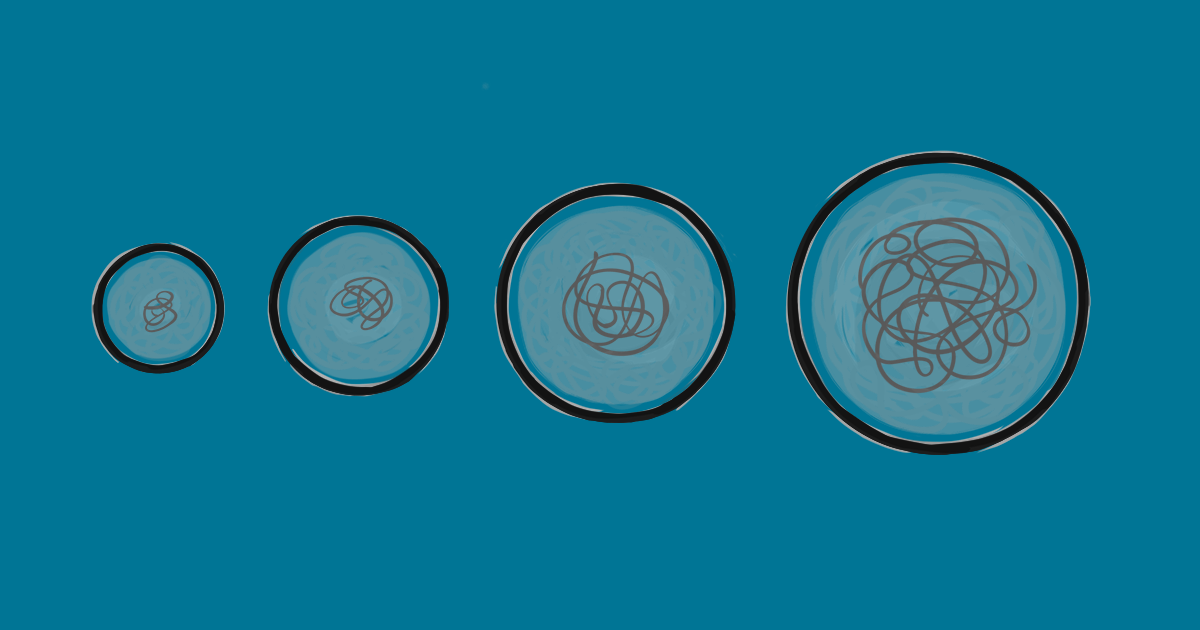 Whenever I’m nostalgic for the time I ended up in hospital with ovarian hyperstimulation syndrome, my husband looks at me like I’m bonkers

“But it was just so lovely being able to relax and go with the flow,” I’ll always explain.

“YOU FELT LIKE YOUR ORGANS WERE BURSTING OUT OF YOUR SKIN. You were in so much pain you thought you were in labour. You put on 10lbs of water weight in five days. You couldn’t eat. You couldn’t sleep. Remember?”

“Yes, but the hospital part was so relaxing…”

“You mean the part where you were lying on the ward bed like a beached whale, unable to breathe properly? Or do you mean the part where they catheterised you, which led to a UTI, which in turn led to a kidney infection, which in turn led to suspected sepsis and an ambulance ride back to hospital a few weeks later? Remember how you lost your hearing as a result of all that – and you were on steroids to bring it back?”

“Yes, but it was just so nice to lie back and stop thinking about injections and babies and stuff for a while. And remember how the doctors came and chatted to me for aaages about my treatment – and answered all the questions I’d been trying to get answered for weeks? Wasn’t that great?”

[Husband shakes his head like he can’t believe he married such a weirdo.]

Despite his incredulity, I genuinely look back fondly on that particular time in the IVF process. I’d spent so much of my IVF treatment feeling like I didn’t know what was going on, panic-Googling for information, lurking on IVF message boards, worried that my doctors weren’t paying enough attention to my ovaries, and terrified it would all end in disaster and I’d end up embryo-less or ovary-less or something-less… it was actually quite a relief to just stop and chill out for a while.

Thankfully for you, OHSS, sepsis and hearing loss aren’t the only ways in which you can reach a state of positivity and confidence about your IVF treatment. And they’re not the only tactics for getting the doctors’ undivided attention. Yay!

Introducing The Duff: your sensible, non-woo-woo, plain-English guide to everything IVF

I created The Duff because I couldn’t find what I was looking for online: plain-English explanations of everything to do with fertility and the IVF process.

I wanted to know why a particular hormone level was a bad thing – and what the options were to do something about it.

I wanted to fully understand the IVF process from start to finish: why certain drugs were being prescribed for me, what I should expect next, and whether I was having all the tests and examinations I should be having.

I wanted to be able to read an IVF message board or blog post and know whether the advice was a load of bollocks or an evidence-based fertility tip.

And I wanted to be armed with enough knowledge and understanding to confidently state my preferences and concerns to my busy doctors – who, understandably, weren’t always totally up-to-date with the ins and outs of my treatment.

IVF clinics have the odd blog post, but they’re usually overly simplistic and feel incomplete – like they’ve been written purely for the SEO benefit. Then there are medical studies and research papers, but those are aimed at the scientific community and they’re dense as hell. Then there are the “how to improve your fertility naturally”-esque blog posts, but almost none of the tips are supported by science. Aaaand finally, there are the numerous message boards and Facebook groups. I don’t think I even need to explain why they’re not the best sources of accurate information.

The Duff is different.

I’ve scoured medical journals, cobbled together incomplete information from various websites, spoken to doctors and specialists (to make sure I had my facts straight) and published my findings here, on The Duff. It’s slowly turning into what I’d always wanted for myself: a definitive source of scientific facts and information about IVF (and the issues surrounding it), written in a way that’s clear and easy to understand. And there’s the odd joke and silly cartoon because I couldn’t resist.

Here’s a list of all the articles I’ve written so far.

As for my own IVF treatment…

It worked! Baby Fred is a hilarious, cuddly, exhausting and exceptionally farty bundle of fun – and there’s no doubt he was worth all the years of pain, panic and anxiety.

Even so… if there’s a way to avoid some of the stress, feel more in control and be FAR more confident and knowledgeable about the process, surely that can only be a good thing? That’s what I’m hoping you’ll get out of this website – and I’d love know if you think it’s done a good job. Email me and let me know!

PS A quick note about references to male partners…

My writing gets really clunky and annoying and hard to grasp whenever I try to write for every potential reader (something I think many writers struggle with), so I had to make the decision to write for the majority of readers and hope that other readers would understand and not hate me too much!