The best IVF planner to buy (and why you need one) 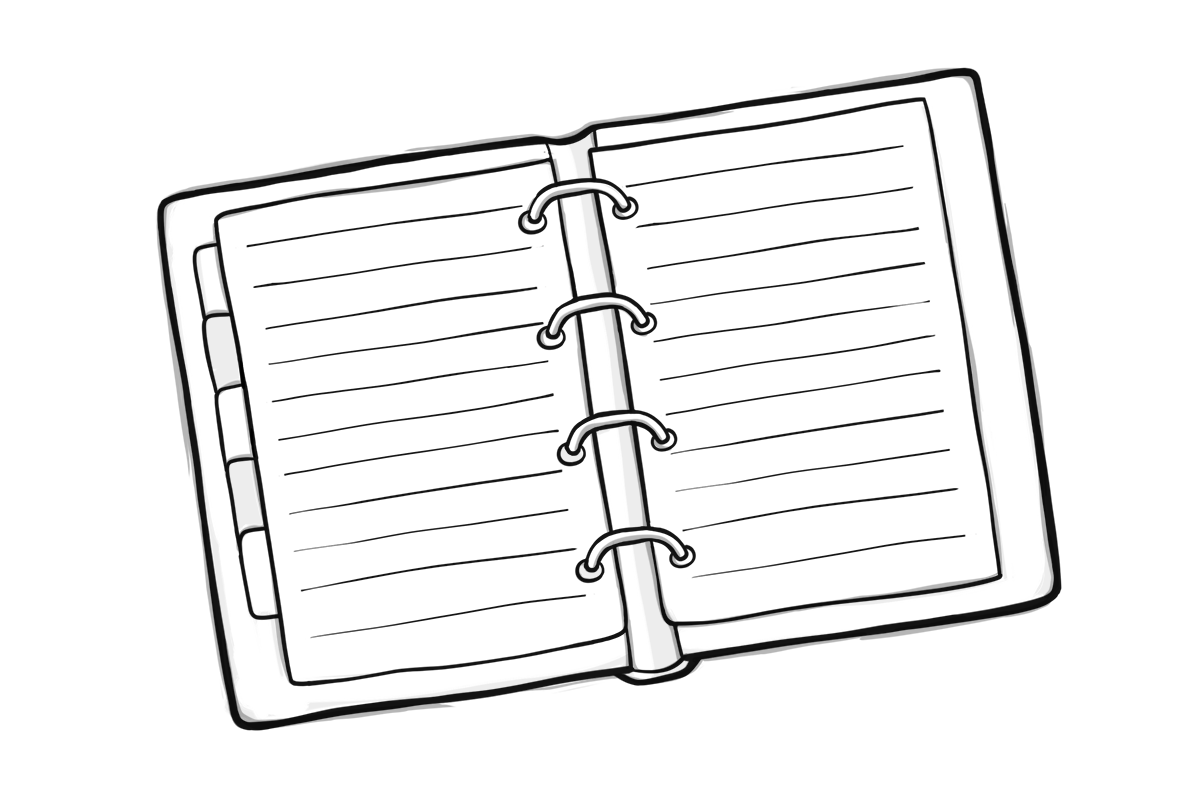 WHENEVER YOU GO FOR SCANS, BLOOD TESTS, AND OTHER APPOINTMENTS, you'll be given a LOT of information: how large your follicles are, what your hormone levels show, how thick the lining of your uterus is, whether to increase or increase your dose of certain drugs (or introduce or stop taking drugs), when your next appointment will be, and so on.

Some might say you don't need to know all the details – that as long as you remember to take your medication and get to your appointments, you'll be fine.

But I believe you do need all these details – and you need to write them down in a dedicated IVF planner. Here's why:

1: You can get your doctors clued up on your treatment so far

Whether you go private or NHS, it's likely you won't see the same doctor for every appointment. And each doctor probably won't have time to go through ALL your notes and history when you see them – especially as the notes for each patient are usually kept in massive overflowing folders where loose papers constantly fall out everywhere. (Computers? Technology? HA!)

I lost count of the number of times I had to correct my doctors about what had happened at previous scans/appointments because they just couldn't find the relevant information in my massive folder. I wasn't in the habit of writing everything down at the time, but it would have been far easier to show them actual numbers rather than tell them whatever I could remember.

If you end up needing subsequent rounds of fertility treatment, you can show doctors how you responded to certain drugs last time – in case it affects how they approach your treatment this time. You may think it would be standard practice for clinics to go through your treatment history before starting a new round – and in certain clinics and hospitals, I'm sure it is. But others just don't have the time to think through each individual case – so it's down to you to point things out.

Here's an example from my own experience: my fertility treatment began with something called Ovulation Induction (which is similar to IVF in some ways but not others). I did five rounds of Ovulation Induction in total, and for each one, the stimulation medication would do next to nothing for a couple of weeks and then BAM: follicles would start growing like crazy and my oestradiol levels would shoot up. It became clear that my medication didn't need to be increased during those first two weeks: we all just needed to be more patient.

Ovulation Induction failed, so I moved on to IVF. The first week, nothing happened – so I was told to increase my dose of the stimulation medication. I reminded them what had happened with Ovulation Induction and asked if we should hold out longer, but they didn't have the inclination to look so far back through my big folder of notes – and I didn't have any written records of my own. So my dose increased, and increased again – and soon I had waaaay too many massive follicles, which nearly resulted in a cancelled cycle. (Thankfully it didn't need to get cancelled, but I did end up with a nasty case of OHSS from all the follicles instead.)

If I'd recorded everything down at the time, I'd have been able to show exactly why I was worried.

It happened to me, and it's happened to others. Here's how mine went missing: I needed a mole on my back removed halfway through my IVF treatment, so the Reproductive Medicine Unit at my hospital sent my big folder of notes to the Dermatology department. After the mole removal, the Dermatology department sent my folder to the hospital archive – which is where all folders apparently go when they're not in use. At first, we didn't realise they'd done this.

For a few weeks, my fertility doctors said, “Oh, we can't find your notes – but we're sure they'll turn up soon.” Then it was, “Turns out Dermatology sent them to the archive, so we're requesting to have them back with us.” After that it was, “Oh… they can't be found in the archive. They'll turn up one day.”

During this time, my doctors had very little background information on my treatment up to that point. Admittedly, they only took a quick glance at my notes when they were in possession of them (see above), but still… not great. Any new notes they wrote for me, meanwhile, were kept in a plastic wallet that promptly went AWOL as soon as my folder was eventually discovered. That plastic wallet was never seen again.

4: you can easily remember what medication to take (and when)

Every couple of weeks, you'll be given a piece of paper outlining your medication and other instructions for the next fortnight or so. The nurse will cross out some bits that aren't relevant to you, scribble a few words about ways in which your dosage will differ from what's been printed on the paper, then explain everything on the sheet to you.

By the time you get home, you'll have forgotten everything she said and you won't be able to read her writing. So you'll call the clinic to ask, then write a few more words on the paper to help you remember. A couple of days later, you'll lose the sheet of paper because you may have used it as a doodle pad while on hold with NatWest.

If you commit to writing everything down in a dedicated planner as soon as you get the instructions, you'll be far less likely to have any of these issues.

What's the best way to record all this information?

What you need is an “undated” weekly planner where there's enough space per “day” to write information about any scans and blood tests you've had (thickness of uterus lining, number of large follicles, size of largest follicles, blood test results, proposed next steps, etc.) plus the medication you need to take and anything else you need to do that day.

Take the weekly planner with you to any scans you have or meetings with the nurse about your medication. (You probably won't get your blood test results immediately, but be sure to write them up as soon as you receive them.)

If you want, you could also use some of the planner's blank pages to write instructions on taking certain injections.

Here are the best planners/diaries I've found. They're not dedicated IVF planners, but that's a good thing: they give you the flexibility to use them in the way that suits you best. They're all “undated”, so you can just start the calendar whenever you start IVF treatment (or fertility investigations in general).

There's loads of space per day for all your notes and dosage instructions, and the paper quality is meant to be excellent. Don't worry if it says you'll receive a “2019” planner (which, according to reviews, does happen): it's undated, so it won't matter.

The planner also comes with an expandable back folder pocket, which will come in handy for any forms you're expected to bring to appointments.

Aaaaand… HOLD THE GODDAMN PHONE: a “small ruler” is included!!! I jest, but I guess it's possible you're in Year 6 and learning how to measure the diameter of a circle.

The company's description is a typo-ridden cringe-inducer (“Keep your heart's wishes within view to as a reminder throughout the year”), but the product itself looks impressive.

There's lots of space to write your notes and dosage instructions each day, and it has a “lie-flat binding” – which means you won't need to plonk a can of beans on the page to keep it open as you write.

There's an inside pocket for forms or other bits of paper you're meant to bring to appointments, and lots of space per day for writing the details of your blood tests and scans.

The makers of this planner have gone all out with not one, not three, but TWO ribbon bookmarks!! Admittedly, those bookmarks can come in super' useful: one bookmark can be for today's date, and the other can be for a date in the past that contains important information you want to share with your doctor.

While I prefer having a dedicated “space” to represent each day, you could probably make do with a regular notepad if you prefer – although I think you'll have to be a fairly neat and tidy with how you write up information.

Moleskine fans will love it because, well, it's made by Moleskine. This particular notepad has an “expandable inner pocket that contains the Moleskine history”, which means you'll have an organised IVF life AND a chance of winning the next pub quiz. Who doesn't love a mutil-use tool?

This is a specialist IVF planner created by someone who's been through the process herself.

It contains “12 weeks of daily journaling space, for you to record important information, how you are feeling and some questions to keep you focused on taking care of yourself” – so it could come in particularly useful if you want to try journalling. It's not cheap (it costs £21.99 at the time of writing), but it's definitely more IVF-specific than the generic ones mentioned above.

The reasons you're worried about IVF, and what to do about them