Day 3 vs Day 5 embryos: everything you need to know 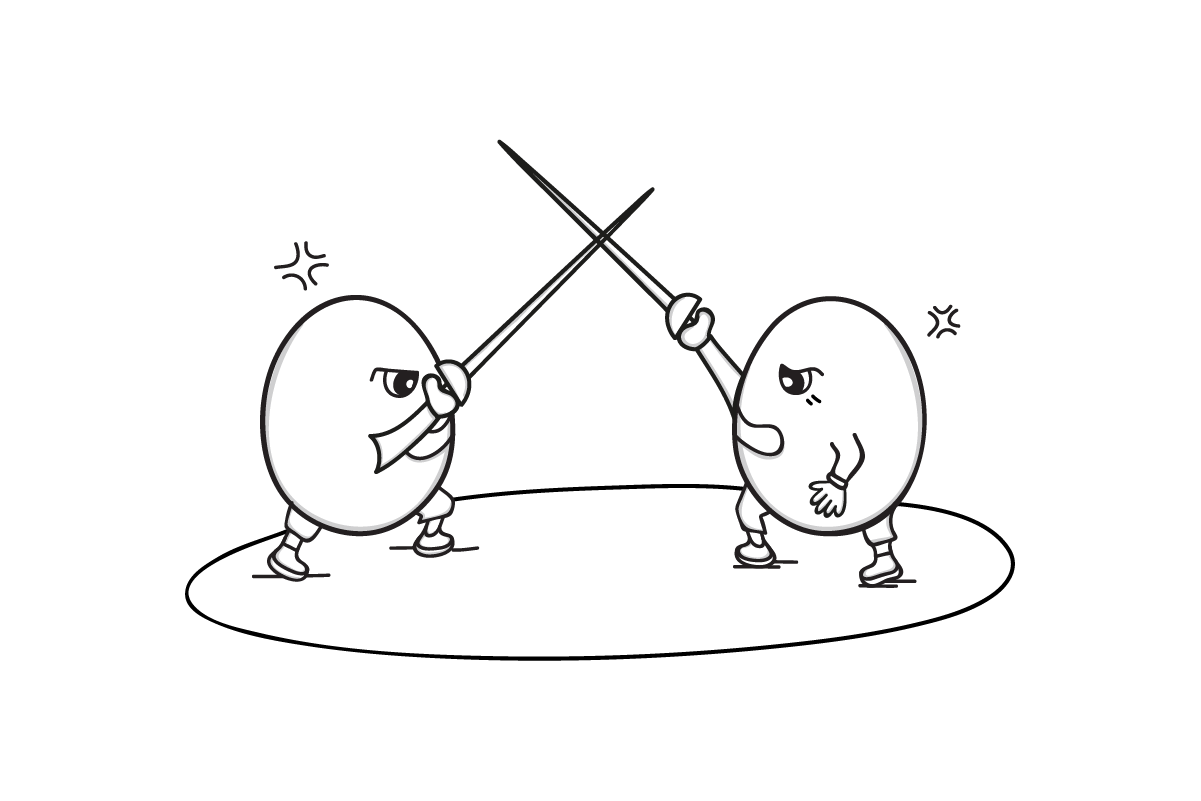 EMBRYO, EMBY, EMBABY, JOHN… whatever you choose to call those little multicellular diploid eukaryotic organisms, you can be certain they’re going to take up a LOT of your headspace as you go through IVF.

This article attempts to answer them all!

A quick note about embryo grading…

The stages of embryo development

Everything in this article needs to be understood in the context of the development of the embryo – otherwise it just won’t make sense. So allow me to take you on a fascinating tour of the contents of your doctor’s petri dish…

When an egg is fertilised by sperm (whether in the fallopian tube or the petri dish), it becomes a “zygote”. The zygote is a single cell that contains all 46 of the chromosomes needed to become a fully fledged human. A zygote is pretty much the first stage of human life.

The new cell divides (“cleaves”) in two for the first time and it’s no longer called a zygote: it’s an “embryo” now. If you ever read about “cleavage stage” embryos, it’s this stage – and the stage ends when the embryo becomes a “blastocyst” later on.

In a “natural” pregnancy, this embryo continues its journey through the fallopian tube towards the uterus, and divides in two yet again. In IVF cases, this all happens in the petri dish.

The cells of the embryo continue to divide in two. (In normal-developing embryos, cells divide every 18 to 20 hours.)

Each of the cells is called a “blastomere” – and although they’re dividing and therefore increasing in number, the embryo itself remains about the same size throughout the cleaving process. (Think of it like dividing up a pizza into two slices, then four slices, then eight slices.)

Small portions of the cells may break off as they’re dividing; this is called “fragmentation”, and it can negatively affect the quality of the embryo. More on this later.

In a “natural” pregnancy, all this happens while the embryo travels through the fallopian tube towards its final resting place in the uterus. With IVF, it happens in the petri dish.

The embryo is still busy cleaving at this stage.

Depending on the clinic and the patient, some embryos are frozen or transferred on Day 3 – at this “cleavage stage” of development. If not, the embryo continues to develop in the petri dish…

The embryo goes through something called “compaction”, which is when the cells bind together tightly into a sphere. It’s difficult to make head or tail of anything when looking at an embryo at this point, but that’s fine and expected. It’s now called a “morula”, which is Latin for “mulberry” (because that’s kind of what it looks like).

If compaction doesn’t start on Day 4, it’s less likely that the embryo will develop into a blastocyst (see next step).

The embryo is now referred to as a “blastocyst”, and it’s no longer dividing (“cleaving”). It consists of anywhere between 80 and 200+ cells, but no one’s counting anymore because there are more interesting things to report. (And also because, I imagine, no one wants to sit there counting to 200 a few dozen times a day.)

Fluid accumulates inside the blastocyst, causing it to expand in size, and the cells start to organise themselves into two groups: the “inner cell mass” and the “trophectoderm”. There are therefore three distinct parts to the blastocyst:

Here’s what it looks like in real life (“C” is the fluid-filled cavity, “T” is the trophectoderm, and “ICM” is the inner cell mass):

Note: some embryos are super keen and will reach blastocyst stage at Day 4. Embryologists reckon that blastocysts that form earlier (Day 4 or Day 5) have a higher likelihood of implanting than those that form later (Day 6 onwards) because they seem most “eager” to implant. That doesn’t mean a Day 6 blastocyst won’t result in a healthy pregnancy: not all embryos develop at the exact same time as each other, and many of them will still implant.

Anyway! Back to our blastocyst. As it expands in size, the blastocyst also breaks down its protective outer membrane (called the “zona pellucida”), to enable it to implant properly once it’s in the uterus. This process is known as “hatching”.

Many embryos these days are frozen or transferred at this “blastocyst stage”. Some embryos will have already begun to hatch, while others will be on the verge of hatching.

These images show the hatching process in action:

HATCHED and ready to implant! (No more zona pellucida)

“Embryo implantation” happens. This is when the blastocyst fixes itself to an inner layer of the uterus called the endometrium. Not all embryos will be able to implant – due to both medical factors and pure luck – but those that do will take a further seven days or so to complete the implantation process.

In the past, almost all embryos would be transferred (or frozen) three days after successful fertilisation. Today, many clinics prefer to transfer or freeze the embryos five or six days after fertilisation instead – at blastocyst stage.

There are many reasons why clinics prefer to transfer/freeze embryos at blastocyst stage:

Yes, there is. Here’s just one study of many. And here’s the HFEA’s report from 2014, which reaches the same conclusion.

Not all clinics agree with performing Day 5 transfers, however – and many continue to transfer (or freeze) Day 3 embryos for some or all patients. Their reasons are as follows:

Here’s what a Day 4 embryo looks like compared to all the other days:

Yes: it’s a bit of a shitshow. It’s just a mass of cells with no distinct features.

This is the “compaction” stage I referred to earlier – and it’s when the cells bind together tightly into a sphere. It’s hard to figure out what the heck is going on with Day 4 embryos: they can’t be “graded” using the methods used to grade Day 3 and Day 5 (or Day 6) embryos, so it’s therefore difficult to decide whether they stand a chance of successful implantation. As a result, embryologists tend to leave them well alone.

BUT some clinics (like this one in Australia) have reported success with creating their own “grading” system for Day 4 embryos (as well as success in transferring them). The main benefits of being able to transfer Day 4 embryos are that it gives doctors and patients more flexibility and opportunities to transfer an embryo. Clinics in the UK might follow suit one day; we’ll have to wait and see.

Embryo grading is a largely subjective assessment of the “morphology” (the visual appearance) of embryos under a microscope. Read my article about embryo grading if you want to learn the following: