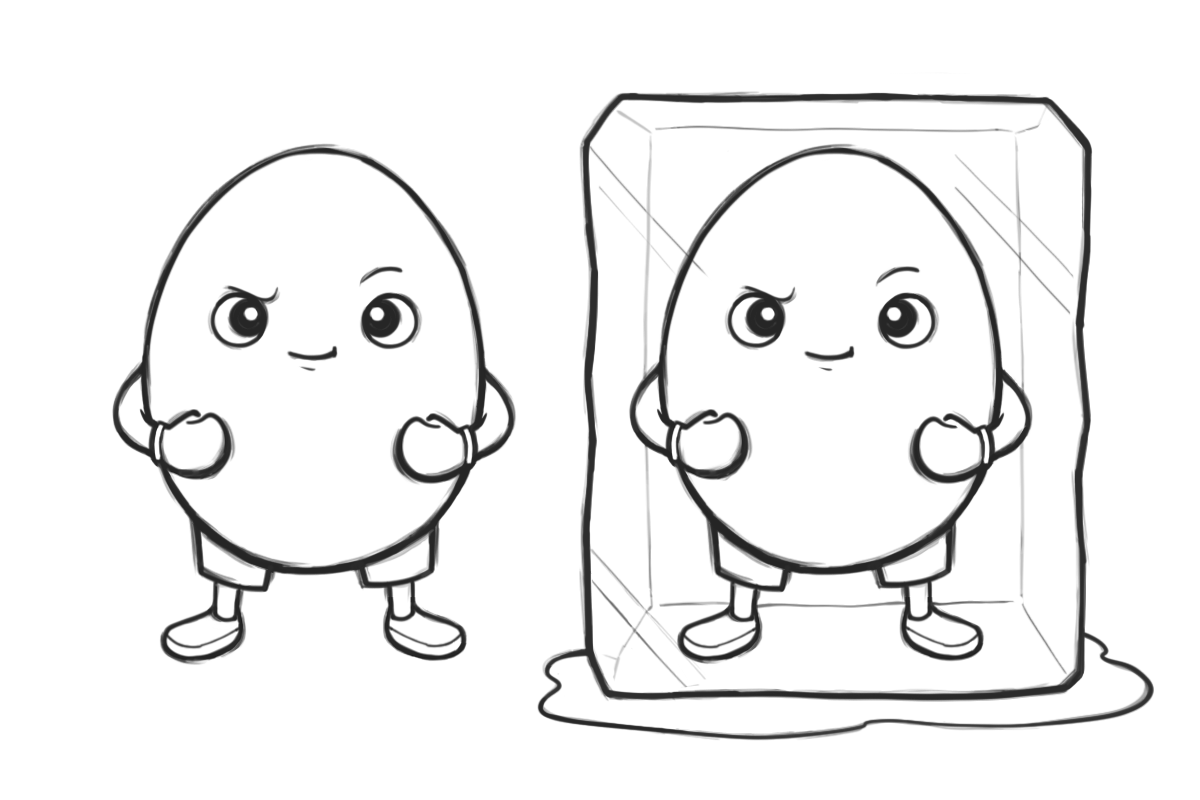 A DECADE OR SO AGO, BABY-DEPRIVED PEOPLE AROUND THE COUNTRY WOULD feel gloomy and defeated on being told they’d have to do a frozen embryo transfer (FET) rather than a fresh one (ET) – and they felt that way for good reason.

FET implantation rates from clinics and hospitals around the world used to be significantly worse than ET. It meant that – while a couple’s “leftover” embryos might be frozen for attempt #2 (or #3, or #4…) or baby #2 (or #3, or #4…) – everyone was kinda pinning their hopes on the fresh one implanting successfully.

But ten years is a long time in medicine. Heck: it’s a long time in anything. Ten years ago, rum & coke was my drink of choice and I thought Nando’s was a classy dining establishment. (Don’t get me wrong: Nando’s is great. I just no longer say “Let’s push the boat out and have a mega-poncey evening” when suggesting a meal there.)

In those ten-ish years, IVF specialists have been busy working to improve the efficiency of embryo freezing and thawing – and they’ve done a spectacular job.

These two major developments in the world of FET are:

Embryo freezing has been around since the 1980s, but back then the process (known as “slow programmable freezing”, or SPF) involved simply cooling down the embryo until it finally froze. The problem with this method? Ice crystals would form inside the cells of each embryo, damaging it and resulting in either a low survival rate or (if the embryo survived) a rubbish chance of successful implantation.

Then “ultra-rapid embryo cryopreservation” (also known as “vitrification”) came along as a much-needed knight in shining armour. This method freezes the embryo about 60,000 times faster than SPF – which means the ice crystals don’t even have a chance to gather their thoughts, let alone settle inside the cells of the embryo.

Embryos used to be frozen around two or three days after successful fertilisation. That is, your eggs would be retrieved from your ovaries and mixed with sperm the following day, and then any embryos (i.e. the eggs that had successfully been fertilised by the sperm) would be frozen a couple of days later.

Today, many clinics and hospitals prefer to freeze the embryos five or six days after fertilisation instead – at which point the embryos are known as “blastocysts”. The reason? By the time the embryo has become a blastocyst, it’s already survived a shit ton of developmental obstacles and is therefore more likely to survive the perilous journey from the doctor’s petri dish to your uterus. Another reason is that the embryo should have a stronger chance of implanting because it’s a more natural time for the embryo to be in the uterus. (In a “natural” pregnancy, the embryo would still be travelling down the fallopian tube at Day 3 – and would reach the uterus around Day 5.)

A third development to mention…

Doctors have begun to experiment with “pre-implantation genetic screening” (PGS). The evidence so far is mixed on how successful it is, but in theory, it allows them to identify “competent” embryos that contain all 46 chromosomes. Chromosomal abnormalities are another reason for failed implantation (as well as early miscarriage in early pregnancy), so it makes sense to identify those embryos and transfer a “competent” one instead.

PGS testing is normally performed on Day 5 embryos – and it takes about a week for the results to come through – so it’s only really an option for people freezing their embryos rather than doing a fresh embryo transfer. (That’s because the embryos will be older than six days old by the time the results come through – at which point they’re too old to be transferred.)

Read all about PGS testing here.

All these developments go a long way towards explaining why FET has come on leaps and bounds and is considered at least as successful as ET. But many specialists are now going as far as to say that FET is superior to ET. Why might this be the case?

Clinics and doctors who advocate FET over ET give the following reasons:

1: Your body will have had a chance to calm down

Depending on whether you ovulate regularly or not, you may still have to take oestrogen and progesterone to thicken the lining of your uterus in preparation for a frozen transfer. But it’s far less demanding on your body compared to what you went through with IVF stimulation.

2: Only the most hardcore embryos survive the freeze-thaw process

An embryo that makes it through fertilisation, five-ish days of development into a blastocyst, ultra-rapid embryo cryopreservation (“vitrification”) and thawing is the Iron Man of fertility treatment: NOTHING is able to conquer that bad boy.

Compare that to an embryo that simply has to wait around for a few days before being transferred into your uterus. Meh. It might be one heck of an impressive embryo, but it might also be an utter weakling – one that couldn’t survive a thunderstorm let alone its own personal ice age.

All this is to say: with FET, there’s a better chance that your embryo will implant and develop successfully, because it's already proven how strong and capable it is.

3: You reduce the risk of severe ovarian hyperstimulation syndrome (OHSS)

If you get OHSS after egg retrieval, you’re almost guaranteed to get it after a successful fresh embryo transfer too. (Read why that’s the case in this article on OHSS.) OHSS during early pregnancy is usually more serious and more longlasting than OHSS after egg retrieval, and you will not be a happy bunny if you get it – no matter how delighted you are to finally be pregnant.

When you leave a couple of months or so between egg retrieval and embryo transfer, your body has a chance to reset and get all the excess OHSS-causing hormones out of its system – which means you won’t get OHSS after a successful transfer.

So if you’re at risk of getting OHSS from fertility treatment, there’s a good chance you’ll be advised to do a frozen transfer.

4: You almost literally don’t need to put all your eggs in one basket

Back when FET had far worse outcomes, doctors and patients alike would be keen to shove a few fresh embryos up you at the same time in the hope that at least one would “stick” and become a baby.

Unless you dream of spending all your money on a custom-built octuplet pram, that doesn’t seem like the ideal way of going about things.

But now that the freezing process is so much more sophisticated, you can thaw one embryo at a time (knowing, of course, that if it survives the process, it’s more likely to be a good ‘un anyway) and keep the rest “on ice” for when baby #1 is sleeping through the night and your nipples look less like war zones.

5: Some studies show that babies born from frozen embryos are healthier

Do the statistics show that FET increases the IVF pregnancy rate?

Argh… do you have to ask this question? It’s just that the research is a mind-baffling, caveated mess that usually leads to a long list of “Yes but you forgot to include x, y and z”-esque counter-points.

From what I can tell, the majority of recent studies indicate that pregnancy rates are pretty similar for ET and FET – although FET starts to overtake ET and become more successful for women over the age of 35.

Having said that, many individual IVF clinics are starting to announce that FET is now more successful across all age groups.

If FET is so damn great, why is ET still a thing?

How long do frozen embryos last?

In theory, indefinitely – although “indefinitely” is admittedly quite hard to put to the test. The longest reported time for an embryo to be frozen, thawed and result in a healthy delivery is currently 24 years – but we’re bound to see longer times as more people opt for fertility treatment and medical advances are made.