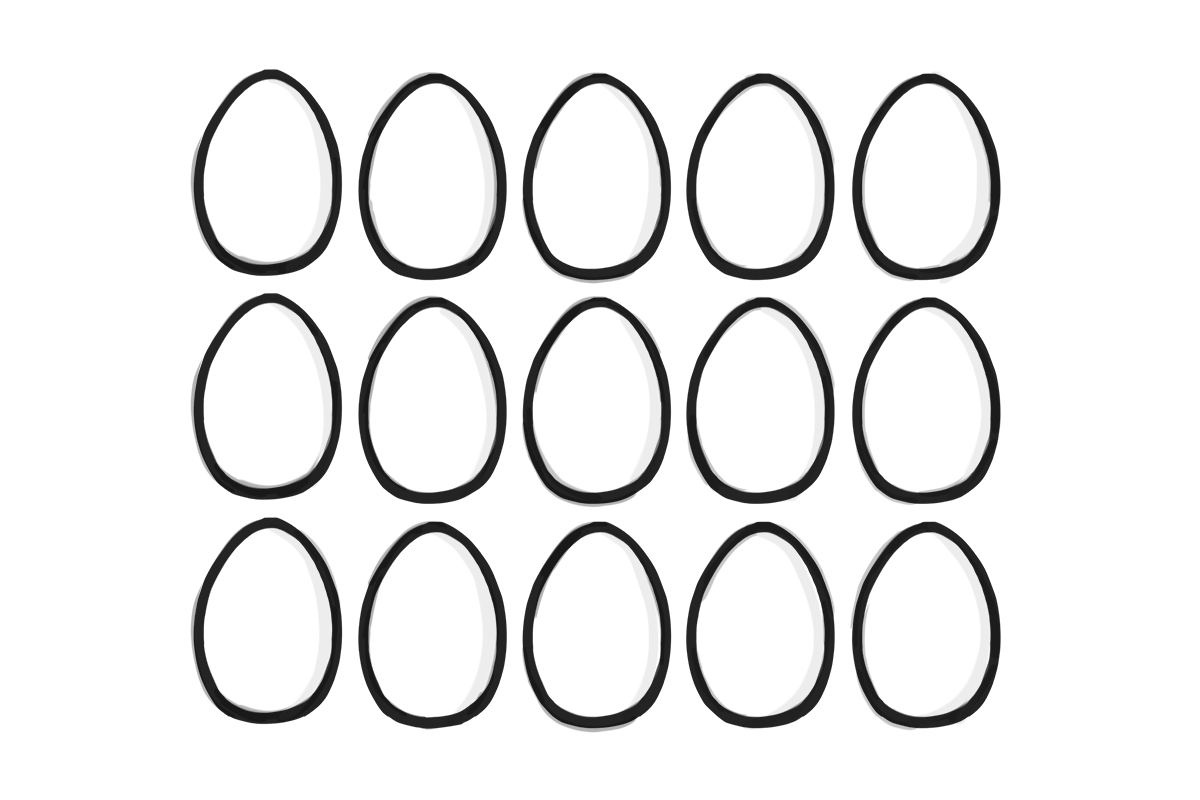 I’VE RECENTLY BEEN SPENDING TIME ON VARIOUS FERTILITY MESSAGE BOARDS AND FORUMS, in an attempt to find out about people's most pressing concerns and questions. One topic that comes up a LOT is the IVF egg collection procedure. There seem to be three types of question:

Well… this article aims to answer them all and more! Here goes…

How will the doctors know when it’s time for my eggs to be collected?

You’re ready for IVF egg collection when your scans show that the lining of your uterus is nice and thick, and you have a decent number of follicles that are the right size. (Your eggs are microscopic in size and can’t be seen on the scan, so the size of each follicle – which encases the egg – is used as a proxy for egg size. Read this article for more about the difference between eggs and follicles.)

What size should my follicles be for IVF egg collection?

Doctors like to see follicles that are approximately 15–24mm in diameter, because these follicles will contain eggs that are deemed ready for ovulation.

Most doctors actually prefer to wait until at least a few follicles have reached at least 18mm: at 15mm, the eggs inside still might not be ready for ovulation. On the other hand, the follicles can’t be left to grow for too long: go past 24mm and there’s a risk that the eggs will be too “ripe” and therefore can’t be used.

What’s a good number of follicles?

If you have at least ten follicles that are a decent size (see above), chances are your doctor will be happy: that’s enough follicles for there to be a good chance of at least one high-quality egg inside, but not SO many that you’re at risk of severe ovarian hyperstimulation syndrome (OHSS).

Basically, you want not too many but not too few follicles, which aren’t too big or too small. “Picky” is a word that comes to mind.

I don’t have many follicles! Is egg collection doomed?

No – definitely not! You only need one fabulous egg to create one fabulous embryo, after all. Your chances of successful fertilisation might be reduced, but you’re definitely not a lost cause. (And remember: plenty of people with a large number of follicles – and therefore eggs – have ended up disappointed that not one of them fertilised successfully.)

I have a ton of follicles and I’m scared about getting OHSS!

Your doctor has a variety of methods to prevent OHSS – or at least lower the severity of the symptoms associated with it – and you can read all about them here.

Bear in mind that you might get OHSS despite all precautions, so it’s important to monitor yourself closely for symptoms. What’s more, some people get OHSS despite having close to zero risk factors. Basically, everyone needs to keep an eye out for OHSS.

Your eggs need to go through one final stage before they’re ready to be collected: they need to complete a process of maturing called “meiosis”, which in turn causes ovulation to happen.

The trigger injection kickstarts this process, and you'll need to administer it at a very specific time – usually 36 hours before your appointment for egg retrieval.

Why 36 hours? It’s because ovulation will take place approximately 36 hours after the trigger injection gets into your system (which takes a bit of time in itself). The doctors need to collect those eggs just before ovulation takes place, but just after the eggs are fully developed and ready. It’s a teeny tiny window of time, and you can’t miss it.

How do the doctors determine which trigger shot I should have?

There are two main types of trigger injection:

Read about the IVF process from start to finish if you want to learn more about why different drugs are used for different protocols.

What happens if I forget to do the trigger shot at the right time?

Tell your doctor: they may decide to delay your retrieval by the same amount of time. Even if you’re late by ten minutes or so, tell your doctor to be on the safe side. The good news is that the teeny tiny window of time mentioned above is still a window – not a letterbox (worst analogy ever?) – so there’s room for a bit of timing leeway when it comes to the trigger and egg collection.

What happens after the trigger injection?

The countdown begins until IVF egg retrieval time! As mentioned above, you’ll have been given a specific time to arrive at the clinic/hospital, which will be a specific number of hours (usually around 36 hours) after the trigger injection.

I’ve been told to fast the night before my egg retrieval. Why?

If you’re being sedated or anaesthetised for your egg collection, you’ll be told to fast from midnight the night before – including chewing gum and sweets – and to stop drinking four hours before the procedure. Why? Because food or drink in your system can cause something called “aspiration”. I won’t explain it all here, but Google it if you want the deets.

How do they actually “collect” my eggs?

(That's not quite true – and many men find the sperm collection process to be quite an ordeal. If your partner is worried or has any questions, send him a link to “Sperm collection: what you need to know (an article for the men)“.)

What does IVF egg collection feel like? Is it painful?

I visited an IVF forum and asked fellow members a bunch of questions about their own egg-collection experiences. Below is what they said about the pain associated with the procedure itself, grouped according to the type of sedation/pain relief they had. You might want to be aware that NICE recommends conscious sedation for the procedure (“Women undergoing transvaginal retrieval of oocytes should be offered conscious sedation”), but very few people (in my survey, anyway) seem to have chosen or been given that option.

People who had a general anaesthetic had this to say about the procedure:

Those who had heavy sedation:

Those who had conscious sedation:

Those who had a local anaesthetic with gas and air:

What happens to the eggs after they’ve been collected?

A few hours after egg retrieval (and depending on the sperm sample), they’ll be mixed with the sperm. If you’re having ICSI, a single sperm will be injected into each mature egg.

The day after the eggs and sperm have been mixed, they’ll be checked to see how many have fertilised (approximately 70% of eggs fertilise normally). At this stage they’re called embryos, and they’ll be monitored constantly to see how they develop.

The embryos will spend up to six days inside their own personal incubators, and you’ll be phoned each day with an update on both their progress and when the most suitable day for transfer might be (if you’re doing a fresh embryo transfer rather than a frozen one). Some embryos will be better quality than others, and it’ll be one of the good ‘uns that they transfer back into you.

How does it feel in the hours and days after egg collection? Is it painful? What complications could arise?

According to most members of my helpful gang in the IVF forum, you’re likely to experience a certain level of discomfort afterwards – whether it be a small amount of bloating or fully fledged ovarian hyperstimulation syndrome (OHSS).

Here are their responses:

Can anything be done to reduce the risk of pain and complications after egg collection?

If you’re at risk of OHSS, read this article about how to avoid OHSS – or treat it if you do end up getting it.

Many of the treatments for OHSS can also be used for those who suffer from side effects but don’t have full-blown OHSS:

In summary… IVF egg collection: not the most amazing experience of your life, but unlikely to be the worst, either

As you can see, most people experience some level of discomfort at some point during the egg collection process – but for most, it’s only a small amount of pain and/or bloating, which can be managed with the help of painkillers and/or prune juice/laxatives.

If you feel significantly bloated or in pain, you could have OHSS; call your hospital or clinic to find out what to do.