Oestradiol levels and IVF: what you need to know 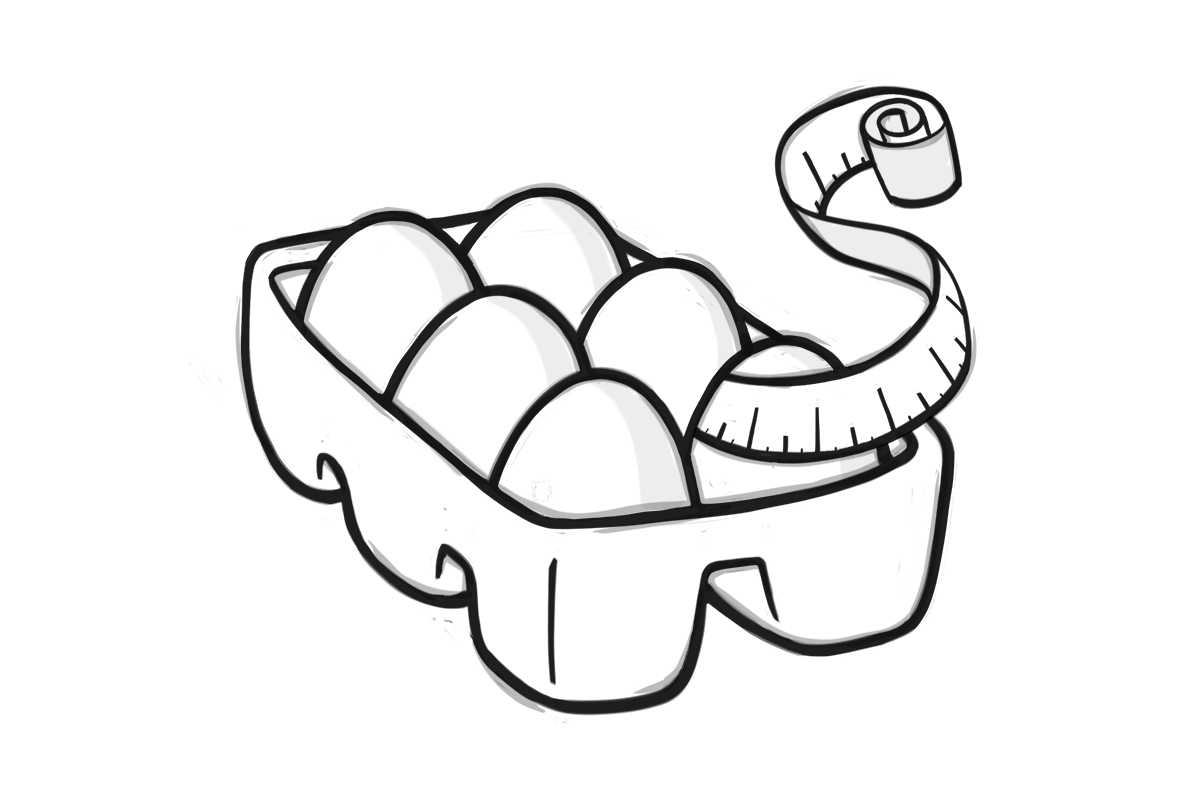 WHEN IT CAME TO RESEARCHING OESTRADIOL, IT PROBABLY TOOK ME LONGER to figure out the pronunciation of the word than anything else in this article – and I'm still a bit confused. All I know for sure is that the “o” at the beginning should be ignored.

You can probably go with any of the following and not be laughed out of the room:

Oestradiol is already a minefield, and I haven’t even got beyond the word itself yet.

What is oestradiol and what does it do?

Oestradiol is a type of oestrogen, and it’s a hormone that plays an important role during ovulation. It works alongside its best bud FSH (among other hormones) to deliver an egg into your ovary each month.

Here’s how it works during a “normal” menstrual cycle:

1: FSH is released by the pituitary gland to stimulate the growth of the egg-containing follicles in your ovaries. Lots of follicles will grow at the same time – and the cells around the eggs inside those follicles will produce oestradiol. This causes the lining of your uterus to thicken and prepare to receive the much-hoped-for fertilised egg in a couple of weeks’ time.

2: Even though lots of follicles started to develop at the same time, there’s just one super-impressive follicle that grows faster than all the others. It’s known as the “dominant follicle”, and the cells around the egg in that follicle will produce a ton more oestradiol – which in turn sends a signal to decrease the amount of FSH being produced. The decrease in FSH has the effect of quieting all the other follicles, leaving only that one dominant follicle to continue growing.

3: Eventually, the egg inside the dominant follicle will be ready to be fertilised. But first, it needs to break free from its follicle and make its way to the fallopian tube – where the sperm can find it.

4: Re-enter stage left… oestradiol. Its level has been rising all this time, and right now we’re at “peak oestradiol” – which acts as a heads-up to the brain that the ovary is ready for the egg to be released.

5: To get the process moving, the pituitary gland releases a high amount of another hormone called “luteneising hormone” (LH), which acts as a heads-up to the ovary that “IT’S TIME TO RELEASE THE EGG!!!”

6: The egg breaks free from the follicle and travels down to the fallopian tube, waiting to be fertilised.

(Read this article on how “normal” ovulation works for the full and complete explanation of the entire process.)

So that’s what it is and what it does. Next up: what do we learn from measuring oestradiol levels?

When do oestradiol levels get measured?

You’ll get your oestradiol level checked at two key points during the IVF process:

Some people also get their oestradiol level checked just before IVF starts.

Why do oestradiol levels get measured before IVF treatment?

You’ll get your oestradiol level checked as part of your day 3 baseline blood tests along with your FSH and AMH levels, and your antral follicle count.

As with FSH and AMH (and your antral follicle count), your oestradiol level gives an indication of how many egg-containing follicles you have remaining in your ovaries – which is important for knowing your likelihood of getting pregnant and the type of IVF protocol you should be put on. (More on this in the article on the IVF proess from start to finish.)

Your level is calculated in a weird, roundabout kind of way. Here goes an explanation…

On day 3 of your period (i.e. the third day of your bleed), your follicles shouldn’t have matured or developed to the extent that they’ve started to release oestradiol, so your oestradiol level should be low. If you have a high oestradiol level that early on, it indicates that something weird is going on with your ovaries.

The most likely “weird” thing concerns your FSH level. You see, your FSH level should also be low according to your day 3 blood tests: FSH stimulates your egg-containing follicles to grow, but only a minuscule amount of the stuff should be needed to do so. If you have a high level of FSH according to your blood tests, it means you’re working extra hard to get your follicles to bloomin’ well start growing – and that in turn implies you don’t have many eggs left (which makes it harder to get the ones remaining to respond to your requests).

But even if your FSH is working like crazy to get some sort of egg growth, your blood tests could give you a misleadingly low FSH result. Why? Because high oestradiol levels artificially suppress FSH levels, which leads to the misleading FSH blood test result. (That is, your FSH is actually through the roof, but your oestradiol is disguising it as part of some “when I go high, you go low” pact they seem to have with each other.)

SO (getting there, promise!)… if your FSH level looks to be reassuringly low but you’re struggling to conceive, your high oestradiol level will signal that you’ve all been had.

The oestradiol blood test basically checks that the FSH blood test is telling you the truth.

Another reason for an elevated oestradiol level is that you still have “active cysts” remaining in your ovaries from previous cycles. The outer shell of a follicle remains after an egg has been released – and for a short time after ovulation, it continues to produce the hormones needed in case of pregnancy. If you start fertility treatment while these cysts are still around, it can mess up your fertility cycle.

What oestradiol levels are considered “good” (on pre-IVF blood tests)?

There aren’t any clear cutoff values for normal and abnormal oestradiol values, but doctors normally like to see anything between 92 and 294 pmol/l.

It’s also possible to have an abnormally low oestradiol level. These are often associated with people who have PCOS or hypopituitarism. Women who have eating disorders or intense exercise regimes may also have a low level. Oh, and levels dip (and stay there) after menopause.

What does it mean if I have a high oestradiol level (on pre-IVF blood tests)?

It means the doctors need to take a deeper look at your other day 3 test results to figure out what’s going on. If you have a combination of high oestradiol and either high FSH or low AMH, it indicates that there’s a less-than-ideal number of eggs remaining in your ovaries – the cause of which is probably age-related.

To understand the consequences of having a smaller number of eggs at the ready, this rather brilliant (if I do say so myself) article on egg quality and egg quantity will tell you everything you need to know.

If the cause of your high level turns out to be an “active” cyst (which will be confirmed with a scan), you may have to delay your IVF treatment until the cyst has disappeared.

Why do oestradiol levels get measured during IVF treatment?

It’s to make sure you’re not about to fall off the ovarian hyperstimulation syndrome (OHSS) cliff. Basically, if your meds cause you to grow too many follicles, you’re at risk of getting OHSS – which is a nasty nasty syndrome that’s explained in more detail here.

It's also possible to have a high oestradiol level without a large number of follicles – and that's still an indication that you might get OHSS (although doctors aren't completely sure why).

What happens if I have a very high oestradiol level during IVF treatment?

You really don’t want to get OHSS, and the good news is that doctors have a few options for making sure you don’t. Read all about them in this article on OHSS.

OK that analogy didn’t work (AT ALL), but the basic gist with oestradiol levels is that whenever we measure them, we always feel the need to measure something else at the same time – just to make sure we’re getting an honest picture of what’s going on.

But if they’re going to artificially suppress FSH levels like that, what can they expect? Exactly. No need whatsoever to feel sorry for them.

FSH levels and IVF: what you need to know